Traditional roofing is hard physical work, with several men crawling on their knees and doing heavy lifting. There is a great risk of injury on bag, shoulders and knees.

Similar issues have been experienced by the owner of Ringkøbing Bygningssnedkeri, Ole Mortensen, each time new roofing work had to be carried out.
With a desire to improve the workflow for his employees, Ole Mortensen spoke to BAMBUS, the Construction Work Environment bus. “BAMBUS suggested us trying AL-TAGVAC from AL-LIFT and from the beginning we could see that it was a really good solution for both our employees and the company.” says Ole Mortensen.

ALTAGVAC is the ideal solution when laying roof panels in an easy and ergonomic way.
The AL-TAGVAC works with vacuum suppression, which secures the plates, where a control handle easily causes the vacuum lifter to release when the roof plate is laid. 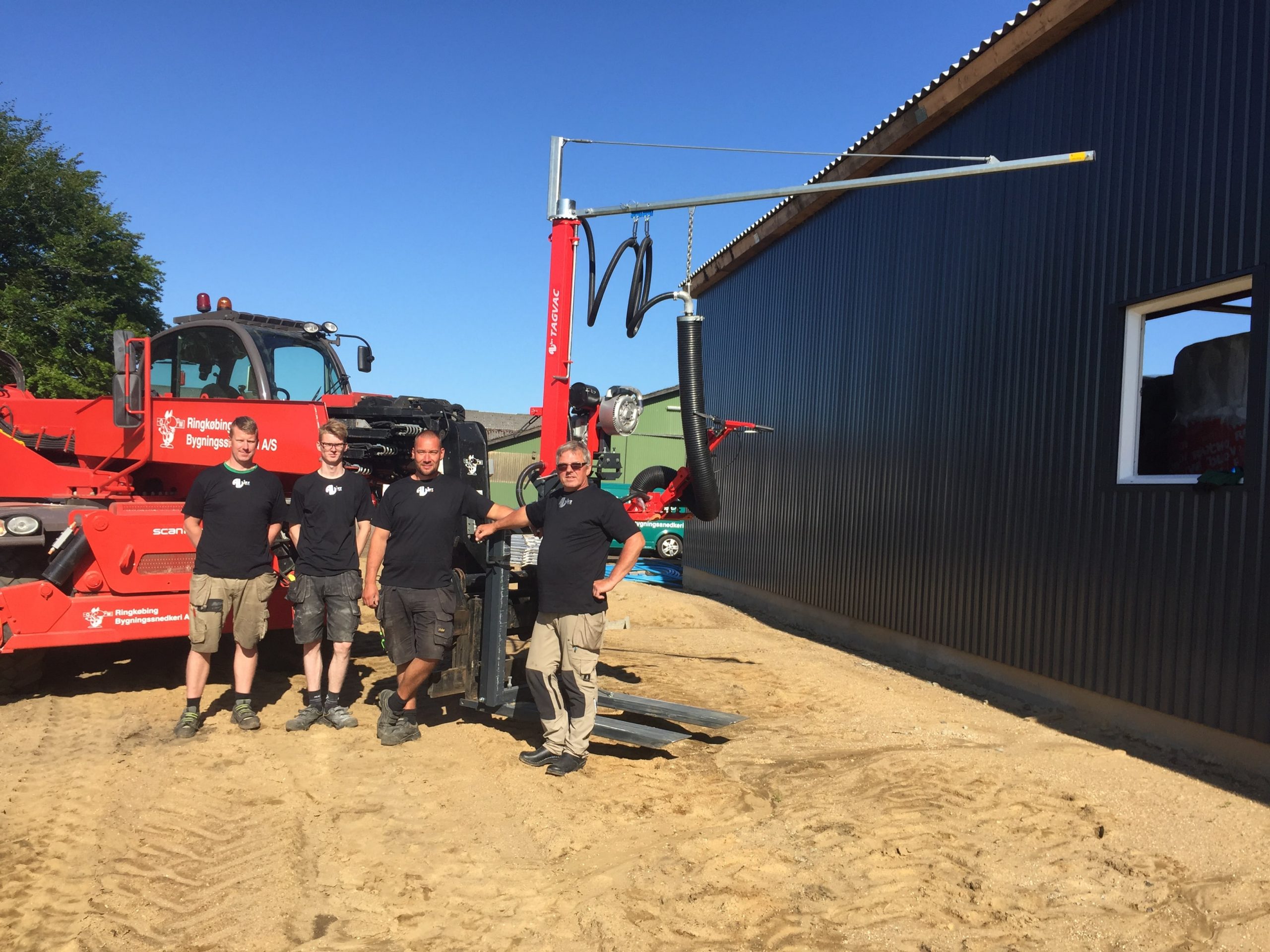 Because the vacuum lifter is easy and safe to use, roofing with AL-TAGVAC goes twice as fast compared to traditional roofing.
Using the AL-TAGVAC thus avoids heavy lifting and saves time. Ole Mortensen states: “A roof plate typically weighs around 14 kg, but by using AL-TAGVAC my employees are spared all the heavy lifting. In the long run, the machine will also ensure good earnings, because we can achieve more in less time. We can quickly finish a roof and move on to the next task. The machine is easy to use and you will be comfortable operating it in no time. It does not take many instructions before you are so with it and are already getting started with the work. ”

The AL-TAGVAC covers a working area of ​​360 °; The range is 3 meters (diameter 6 meters).
The vacuum lifter can be used on all types of telescopic loaders where the pallet with roof plates is located on the telescopic lift pallet fork. In this way, the pallet with roofing panels is on top of the roof where the work is done.
AL-TAGVAC can handle both B6 and B9 roof panels. The suction cups on the vacuum lifter are mounted in a loose suspension system that easily adapts to the structure of the plates. 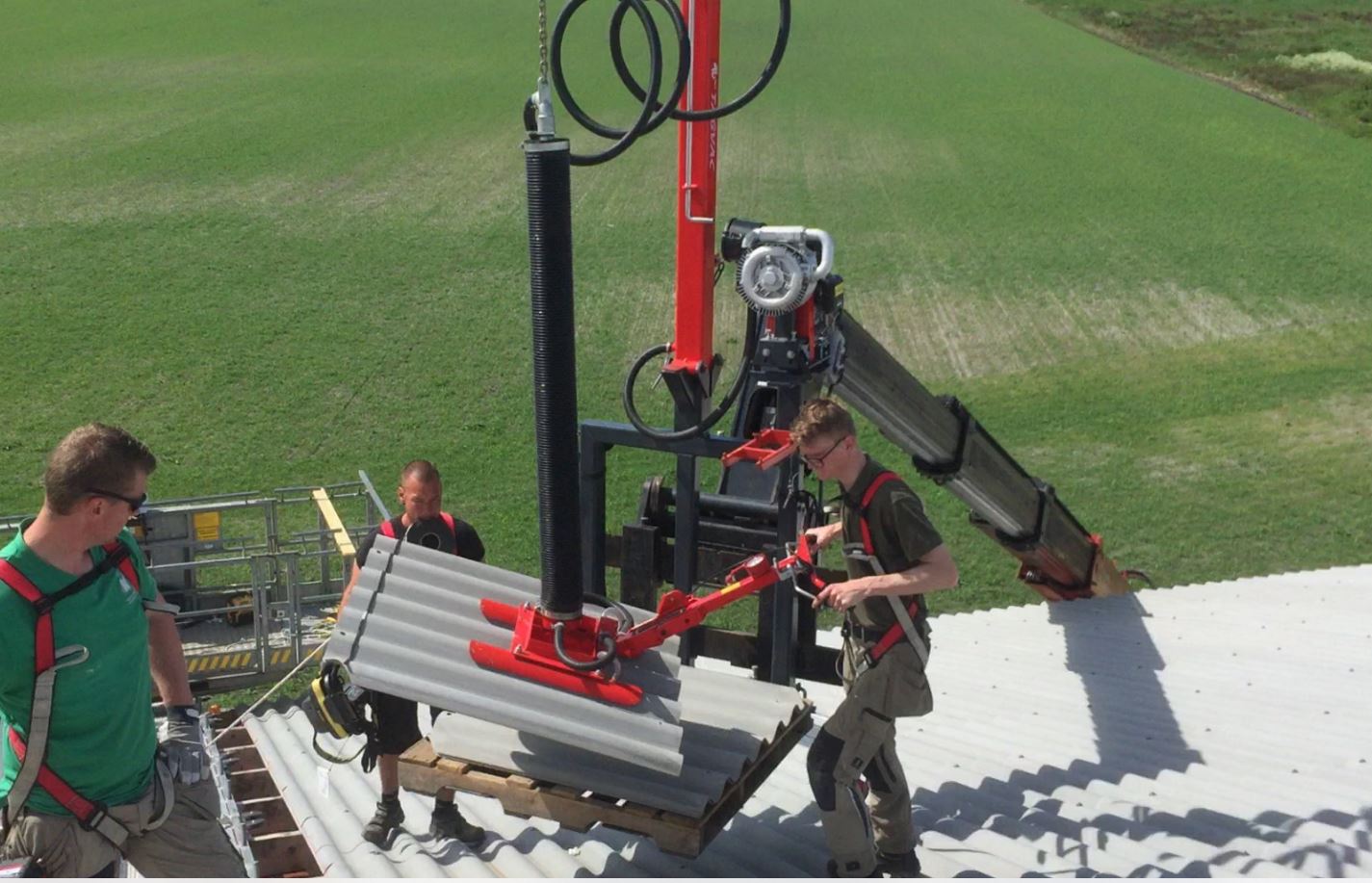 The company AL-LIFT, headed by Allan Laursen, has taken over the production of the popular SCH 400 glass lifter from Schaumann Industry.

With the acquisition, the glass lifter changes its name to Glassmover and is thereby included in the much-sought-after Mover series, which AL-LIFT produces with great success.

In 2007, the Danish manufacturer Schaumann was taken over by Michael Christoffersen, where in 2014 they started the production of glass lifters.
Schaumann’s glass lifters became a best seller, which, according to Michael Christoffersen, is due to the fact that the vacuum lifters have great flexibility, high quality and, not least, a very precise positioning. In addition, ergonomics is in focus, so efficiency and safety is at its best.

About the acquisition, Allan Laursen says: “We were about to develop a similar glass lifter when Michael Christoffersen approached us with the opportunity to take over the SCH 400. After thoroughly testing the glass lifter with our designers and technicians, we were in no doubt about the quality of the product and then went into negotiations on the acquisition.
The transfer will be a smooth process, as AL-LIFT currently has a very high production activity. We are therefore looking forward to co-work with Schaumann Industry for the rest of 2020. ”

“We welcome the acquisition of Glassmover, as it fits like a glove into our current program and group of customer. By including Glassmover in our range, such as rental companies are able, to centralize their purchases to fewer suppliers, as we now have the market’s widest range of lifting and handling equipment.”

“Although the acquisition is quite new, we have already received a lot of positive feedback from several of our customers who can see great potential in investing in a Glassmover.” ends Allan Laursen. 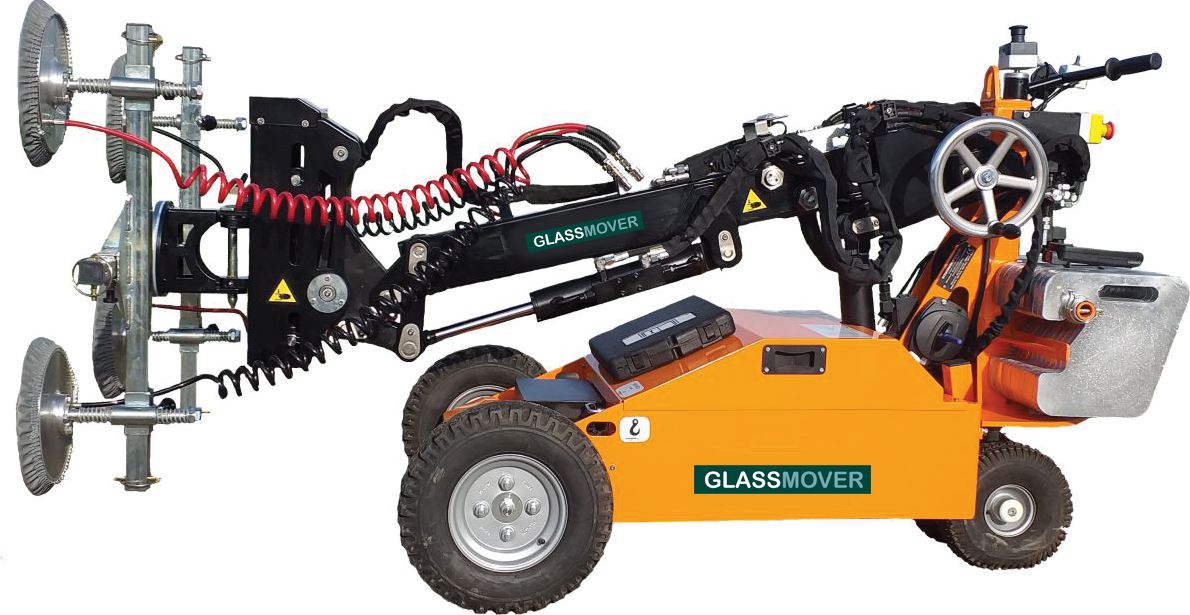 Our new profile video tells the essence of who AL-LIFT is and what we do.

AND THE NOMINEES ARE……

AL-Pack Mobile BAT is nominated for “Product News of the Year” at next year’s LogiMat 2020 trade show in Stuttgart.

We hope that the committee is just as excited about AL-Pack Mobile BAT as we are!

It is not unusual for two men, several times a day, to help each other move cargo weighing up to 80 kilos. But by purchasing the AL-Pack Mobile BAT, the machine have taken on the heavy lifting tasks of daily work at Frode Laursen. The machine handles the tasks more efficiently and the employees are spared the heavy work.

Warehouse manager at Frode Laursen, Allan Hagbard Thorup, is pleased with the purchase. “We have been very pleased with the units that have been well received by our staff, and from the first day they have experienced that they do not feel so worn when they go home. At the same time, we have not experienced a decline in efficiency, which we had feared as employees now have energy for the whole day. “

What product are you looking for?

What do you want to lift?

This website uses cookies to improve your experience while you navigate through the website. Out of these cookies, the cookies that are categorized as necessary are stored on your browser as they are essential for the working of basic functionalities of the website. We also use third-party cookies that help us analyze and understand how you use this website. These cookies will be stored in your browser only with your consent. You also have the option to opt-out of these cookies. But opting out of some of these cookies may have an effect on your browsing experience.
Necessary Always Enabled
Necessary cookies are absolutely essential for the website to function properly. This category only includes cookies that ensures basic functionalities and security features of the website. These cookies do not store any personal information.
Non-necessary
Any cookies that may not be particularly necessary for the website to function and is used specifically to collect user personal data via analytics, ads, other embedded contents are termed as non-necessary cookies. It is mandatory to procure user consent prior to running these cookies on your website.
SAVE & ACCEPT